Interests: Skiing, woodworking, and spending time with his family

We want to understand the principles of how social and defensive stimuli are encoded in the activity of neurons, and how this process can be modulated by behavior state, experience, and neuromodulation.

I am interested in the neuromodulation of social behavior circuits and how this manifests in behaviors like aggression and predation.

Interests: I enjoy traveling and climbing tall hills and mountains.

My goal is to make connections between behavior and biology down to a cellular and molecular level in the nervous system.

I am interested in studying the activity of projections involving the hormone-dependent circuit of the amygdala.

I am interested in unpacking the sexually dimorphic differences in the development of neural circuits that underlie social behavior disorders such as ASD. 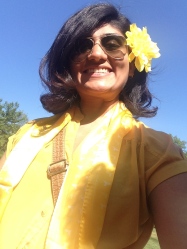 I am fascinated by how gene and environment interactions occurring in critical neurodevelopment windows manifest as social behavior disorders, hinting at the different effects of “nature” and “nurture”.

I want to understand social behavior through electrophysiology and computational models of neuro-circuitry, along with developing open-source software systems for data acquisition and analysis.